Was there a Zoo Near You?

The Pittsburgh Zoo was only the last of the city’s many animal parks.

Have you ever wondered why local radio announcers refer to the Pittsburgh Zoo and PPG Aquarium as the “Highland Park Zoo” instead of the “Pittsburgh Zoo”? That’s because it wasn’t always the only zoo in the city. At one time, there were at least three zoos within what we now know as the city limits, plus others in the suburbs.

Prior to the Pittsburgh Zoo’s 1898 founding as the Highland Park Zoological Gardens by state senator and philanthropist Christopher L. Magee, the Greater Pittsburgh area was home to several other animal parks.

Perhaps the earliest of Pittsburgh’s zoos was the Castle Shannon Zoological Gardens. This was a privately-owned animal park, constructed by the Pittsburgh & Castle Shannon Railroad near their Grove Station as a means to attract more riders—admission to the park itself was free. Creating railside amusements was a common advertising tactic to increase ridership at the period, just as roadside attractions are today. Its grand opening on Memorial Day 1876 attracted nearly 3,000 visitors. By August of that year, the gardens boasted about a hundred species of animals, including birds, deer, panthers, bears, porcupines, a nine-foot crocodile, and several elephants. However, the zoological gardens were short-lived. By 1880, the railroad was placed in receivership and lost hundreds of acres of land, including those housing the zoo.

Across the Allegheny River in what is today the city’s North Side, neighboring Allegheny City had a modest zoo in Riverview Park, established in 1896. In addition to an eight-foot pine snake and some small native animals, the grounds also featured a bear pit, an aviary—dubbed a “flying cage” at the period—and paddocks for deer, elk, Rocky Mountain goats, and zebu, a species of Asian cattle. Newspaper reports indicate the zoo was still operating in 1914, while other sources claim it closed in 1910. Either way, at least part of its collection was sent to the Highland Park Zoo—however, the bear pit building is still standing and is now used for storage. Of course, today the North Side boasts the largest zoo dedicated to birds in the country—the National Aviary, in Allegheny Commons Park.

Perhaps the biggest and best-known of the area’s early zoos was the Schenley Park Zoo, established shortly after the founding of the park in 1889. The zoo’s collection, overseen by Director of Public Works Edward Bigelow, was cobbled together from donations from farmers and trappers, a few “rescues” from the circus, and even some exotic pets. Always a popular outing for young people, a period history volume recounted that children “divided their sweetmeats with the monkeys while attending picnics on the grounds.”

The filling of the zoo caused a certain amount of hubbub—the Pittsburgh Daily Post reported in 1890 that “an eight-foot rattlesnake donated to Chief Bigelow for the Schenley park zoo [sic] got loose in city hall Saturday afternoon and created a stampede among the officials there. It was finally killed with a club by Colonel Bob Smothers.” Newspapers also reported that a pet monkey belonging to Mrs. Annie G. Rossiter would be joining the zoo in 1892 after he became “too mischievous for comfort,” and a family of four deer and two fawns arrived in 1896. In January 1898, a lioness named Judy gave birth to two cubs there. The collection also included eight bears, chameleons, prairie chickens, badgers, prairie dogs, a chicken hawk, an opossum, a pair of bald eagles, 150 pheasants, three coyotes, a wolf, and what Bigelow said was “an ursa vacha,” but which was likely a tayra, a species of South American weasel. Other favorite residents were Miss Dazzle and Gusky, two female Asian elephants. Gusky was brought to town by the J. M. Gusky family as an advertising stunt for their downtown department store; she was later transferred to Highland Park when the Schenley Park Zoo closed in 1898. 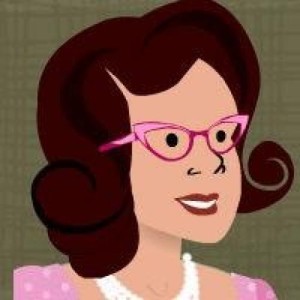 Melanie Linn Gutowski is a local historian the author of Pittsburgh’s Mansions.