MODERN TOWER IN THE PARK

When I lived in Highland Park in 2018, my then 6-year-old nephew was delighted and intrigued that he could spot my compartment (as he comically called my boxy apartment stacked high on an upper floor) from various locations as we drove around Pittsburgh – curving up One Wild Place as it neared the neighborhood, zipping along Route 28 across the Allegheny River, cruising Stanton Avenue past Morningside, or best of all, from the park’s majestic reservoir loop or beloved Super Playground.

From near or far, the 22-story Modernist tower of steel, aluminum, and glass that I once called home, reveals itself, leaves an impression, and evokes curiosity. It’s height and architectural style posing a peculiar allure – the structure may be perceived as out of place by some, though its presence has been a part of the neighborhood for 60 years.

The austere building opened in 1962 as the “Highland House,” around 160 rental units and convenient amenities (including a biomorphic-shaped swimming pool) situated directly across from lush, historic Highland Park – with its Victorian Entry Garden and fountain the zenith of a neighborhood full of ornate homes and mansions constituting a national historic district.

The siting was anything but arbitrary.  Pittsburgh architect Tasso Katselas – now 95 and at that point, young in his prolific career – reflected in a 2018 interview, “I would never do a building that has glass on all four sides,” he went on, “unless there was a compelling reason… and that compelling reason was the view.”

When Katselas’ project broke ground in 1961, it was described as “the first major apartment dwelling in this part of the country to make use of aluminum curtain wall construction.”  Without the facade needing to bear any structural load, a simple glass façade allowed for those stunning views which reinforce a relationship to the surrounding natural setting, along with an utterly modern, state of the art appearance.

Void of superficial ornament, the design integrated the rational and honest application of modern industrial materials in such a way that they are explicitly expressed on the exterior and allow for a fluid, efficient interior.  Supporting a modern way of living, Katselas’ integration of communal and social spaces – such as the swimming pool (later filled-in as a courtyard) and a storied restaurant on the 2nd floor – was fundamental in his work, common of the period, and remains majorly influential today.

The site was once home to a Pittsburgh Railways Company ‘street-car barn,’ an original stone wall surrounding the tower indicating the partial perimeter of that facility intact. Having reached the end of their line, trolley cars for line 71-Negley and 73-Highland, were stationed here for a pause before going back out on their route. Line 71 (later named Negley-Highland Park) appears to have entirely ceased operation by January 1967, and most lines retired during the late 1950s and throughout the 1960s.

Around 1956, Manhattan Realty acquired the property directly from the Pittsburgh Railway Company and had it rezoned to erect a high-rise apartment building with a corresponding setback. Due to financial issues, Manhattan Realty abandoned its plan, selling the property to the Highland Tower Group in 1960 who hoped to proceed with plans by Katselas.

To advance with building on the former site of the trolley car house, the Highland House developers had to concede that Port Authority (who acquired the Railway Co. in the early 1960s) could stage transit vehicles along St. Clair Street, as well as for operators to utilize the facilities at the new property.

In 2019, the building was sold by then owner/manager, Pittsburgh’s Mozart Management (who had operated it as “the Parklane” since 1982) to Albion Residential of Chicago who evidently valued its existing features and unique essence.  Since then, the stunning glass façade has been entirely restored, with the ground level entrance lobby modified and the interiors thoroughly renovated for a luxury upgrade. The swimming pool has been brought back to life – albeit as a rectangle, and once four separate Penthouse units, the top floor offers a communal deck lounge for residents.

The original Highland House project had its own logo: two capital letter H’s side by side, resembling verticality and a grid of windows, hugged by a curved line with a single dot at the top left – perhaps referencing the property’s private swimming pool, the presence of a putting green, or simply that you are here certainty, with the coordinates of the beautiful Highland Park just outside your door.

Delightfully, Albion has adapted an updated version of the logo – along with the original Highland House name… and so, the modern tower glistens in the neighborhood once again, and this time, it’s history. 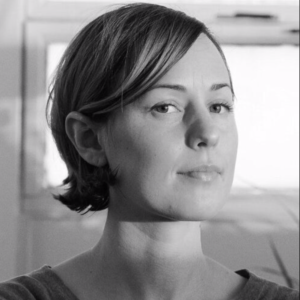