Before I worked for the Jewish Community Center of Greater Pittsburgh (JCC)—an organization with long settlement house roots—and prior to digging into the history, philosophy, and significance of the Settlement House movement, I knew little about the Movement’s profound importance. I once wrongly assumed that the term settlement related to the waves of newly arriving immigrants in search of better lives and ‘settling in’ to a new life, new language, new ways, and new customs.

Settlement houses, popularized throughout the 19th century in large U.S. cities with rising numbers of impoverished residents and immigrants, were actually based on the noble, mid-19th century English model of bringing poor and rich classes together to learn, share, and even live together. They forged a ‘settlement’ with one another, with the intention of rethinking the myriad forces behind poverty and reforming those forces to improve people’s lives.

The Movement’s pioneers firmly believed that ideas behind real change could only result from living closely and day-to-day with one another. In Legacy of Light: University Settlement’s First Century, author Jeffrey Scheuer describes the idea of settlement houses as an inspirational notion of rising out of terrible conditions by activism, problem-solving, and community-building; “a colony of learning and fellowship in the industrial slums.” They were shaped by “idealist, middle-class intellectuals appalled at the conditions of the working classes, and infused with optimism, moral fervor, and anti-materialist impulse.” https://socialwelfare.library.vcu.edu/settlement-houses/origins-of-the-settlement-house-movement/

Essentially, settlement houses were doing social work before the professionalization of social work. In cities like Boston, Chicago, New York, and Pittsburgh, settlement houses were established in the hearts of communities that needed them most. They created nursing services and health clinics, including milk stations for undernourished children. They established camps and playgrounds. They taught English and citizenship classes, and adults were also offered voca­tional training.

Long before the expansive New Deal government programs of the 20th century, settlement houses were privately helping to redefine and combat poverty by pioneering systems that helped residents get what they needed, and some of their thinking about what makes a healthy neighborhood still influences us today. The JCC, for example, grew out of the Columbian School and Settlement (modeled after the Hull House in Chicago) which then evolved into the Irene Kaufmann Settlement House (IKS), established in the Hill District in 1896. The JCC remains deeply influenced by the original principles of the IKS.

I’m always delighted when art and artists synchronize with the magic sauce that makes the characteristics of a city distinct, so I enjoy pointing out that while Pittsburgh’s IKS offered life-sustaining services, it also elevated creative exploration and culture by offering theater and art classes. In fact, art teacher Sam Rosenberg taught art for nearly 50 years at both IKS and (then) Carnegie Tech. While Rosenberg’s reputation as a beloved art teacher endures even now, he is perhaps most famous for saving a certain first year Tech student, Andy Warhola, from being expelled in 1947.

Another legendary IKS figure exemplifies how settlement houses contributed to the rise of women in the public sphere. As a highly influential and effective reformer who established Chicago’s Hull House, Jane Addams is the name that many people associate with the Settlement House movement. Pittsburgh and IKS though, had Anna Heldman. A remarkable woman, Heldman (born in Castle Shannon in 1873) felt a calling to become a nurse. Committed to this calling, she graduated in 1897 with a nursing diploma from South Side Hospital Training School for Nurses. Preferring to dive right into the numerous needs within the community over being a private nurse, she started working for IKS in 1902 and continued there for 38 years.

In contemporary terms, we’d think of Heldman as leading vital public health initiatives in the Hill District. While many settlement houses in the US were racially segregated, IKS served African Americans, Jews, Italians, Poles, Syrians, Lithuanians, and the myriad other cultures comprising the Hill’s demographics. Heldman learned Yiddish, Polish, and Italian so that she could speak to her patients in their native languages.

During the Covid-19 pandemic, the JCC has been summoning Heldman’s tenacity and grit, recalling that she and her staff cared for 1,000 flu and pneumonia victims during the 1918 flu epidemic. In the early days of Covid-19 vaccine eligibility, the JCC mobilized volunteers to call Hill District residents to register for the vaccine and has since been hosting ongoing vaccine clinics.

Heldman, Adams, and other notable women involved with the Settlement House movement shine light on the era’s paternalistic views that relegated women’s roles. By the early 20th century, there were more than 400 settlement houses in the US. While 70% of settlement house leaders were women and 90% were college-educated, nearly none married. https://wanderwomenproject.com/settlement-houses-and-the-rise-of-new-american-women/

Historic accounts that praise the absolute dedication and loyalty of the women behind the Settlement House movement speak the truth. While there is no record that she ever took up residence at IKS, Anna Heldman embodied the ideals for what could be accomplished by being ‘in settlement’ with her neighbors, and she is still referred to as the “Angel of the Hill District” today because of how profoundly she stood up for the community.

It’s also true that women like Heldman couldn’t marry or forge relationships, have children, and lead professional lives. Undeniably, we are indebted to Heldman’s life of service. She made an indelible mark in Pittsburgh, and her work added significantly to the power behind settlement houses.

As the 20th century progressed, settlement houses evolved to continue meeting the pressing needs of their communities. They still exist today across the country, primarily as neighborhood agencies or community centers like the JCC, to help community members grow, thrive, forge relationships, engage in civic life, learn from one another, and remain independent as they grow older, thus enhancing the overall quality of life in the region. 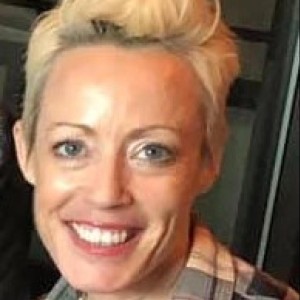 Melissa Hiller is a Pittsburgh-based art historian who believes artists are our prophets who help us see, think, imagine and hope. A JCC professional, she believes in the power of shifting the idea of neighbor to a moral concept rather than a geographic term.