The Western Pennsylvania’s School for Blind Children’s (WPSBC) history begins in 1885 when Jane Holmes—one of Pittsburgh’s earliest philanthropists—died, bequeathing $50,000 to establish an institution to “help the blind” on the condition that Pittsburgh’s denizens contributed another $25,000. Public meetings determined that the bequest should be used to create a school for blind children as the only other school of its kind in Pennsylvania was far away in Philadelphia. The additional money was soon raised.

The school was chartered in 1887 and formally opened in 1890 out of a house on 42nd Street in Lawrenceville with 21 students attending. Taken by the cause, Mary Schenley—another prominent philanthropist—donated a little over five acres of land on Bellefield Avenue in Oakland. The new building opened in April 1894, and it was there that the then-40 students gained a comprehensive education from algebra and rhetoric to piano tuning and knitting.

The Western Pennsylvania School for the Deaf (WPSD) is located in Edgewood.  Its history begins with a deaf Black child, Henry Bell, who was brought to the Mission Sabbath School at Third United Presbyterian Church and no one knew how to communicate with him. Superintendent Joel Kerr sought help from a deaf man, William Drum. Drum and another deaf teacher began working with eight students. Kerr’s pastor wondered about the benefits of daily, rather than weekly, instruction and took the matter to Pittsburgh’s Central Board of Education. With an $800 grant and the use of one of the city’s schoolrooms, the Western Pennsylvania Institution for the Instruction of the Deaf and Dumb, the country’s first day school for deaf children, opened with 14 students in September 1869.

By 1871, a charter was obtained, land in Edgewood gifted by James Kelly, Esquire—a prominent citizen of Wilkinsburg—and $20,000 raised from private contributions. (A protracted legal battle with a railroad company kept the land out of use for several years before eventually being settled.)

In the meantime, the student population quadrupled in seven years; the school moved to Turtle Creek and added boarding. In 1884, the school and its 120 students finally moved to Edgewood with the help of $60,000 from the state legislature, matched by community donations. While the original building burned to the ground in 1899, its three-story replacement, finished two years later, remains standing and in use today and is listed as a historical landmark by the Pittsburgh History and Landmarks Foundation.

Changes in federal education law in the 1970s increased disabled children’s right to an education and more recent updates have helped them better access that education in their home school districts; however, because hearing and visual impairments are relatively rare, many districts are unable to provide necessary, specialized accommodations. In 1993, the Pennsylvania Legislature established a separate line item in the commonwealth budget for the four chartered schools, bolstering the schools’ continued reliance on private funding. Students attend the schools without cost to their families; tuition is shared between the commonwealth and the student’s school district.

Today, WPSBC and WPSD have approximately 175 and 185 students (respectively), ages 3 to 21, from across Western Pennsylvania. While no longer as in demand as it once was, both schools still offer a weekday residential option for students who live too far away for daily transportation. They have outreach programs for infants, toddlers, and children who are enrolled in their home schools. WPSBC additionally has an adult day program. WPSD has a second campus in Scranton, a program in Camp Hill, and is the largest comprehensive center for deaf education in Pennsylvania.

An interesting side note, given our current pandemic, involves one of these schools.  As the 1918 influenza pandemic burned through Pittsburgh, the then-Western Pennsylvania Institute for the Blind immediately shut its doors to visitors coming in and students and staff going out, becoming what would later be called an “escape community.” By doing so, they suffered zero cases of the flu during the first wave, twelve during the second (quickly followed by another closure), and zero deaths. 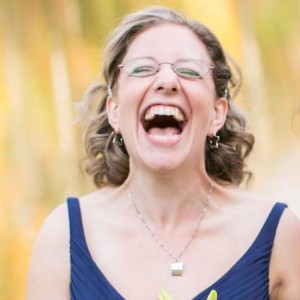 Amy Whipple is a part-time writer, part-time church secretary, and full-time awesome. She watches a lot of TV, eats ice cream every night, and is working on a book about advocacy, community, and twenty-first-century togetherness. Her work can be found in Pittsburgh Magazine, VICE, and The Guardian, among others.