Few people have all the amazing qualities of George Westinghouse, Jr.  He was a pioneering inventor, responsible for science and technology innovations that transformed lives and created industries. His employment and business practices were revolutionary and made him a beloved figure with employees and partners. And he made his home in Pittsburgh.

Next Wednesday, October 6, marks the 175th anniversary of the birth of George Westinghouse, Jr.

His “dodrensbicentennial” will be marked by two events in Westinghouse Park in the neighborhood of Point Breeze North.  From 1871 to 1914, those ten acres were the location of Solitude, the estate of George and Marguerite Westinghouse.

More about those events later.

A Captain among Captains

Westinghouse ranks among history’s most important Americans.  As a skilled inventor and designer of revolutionary systems, he rivals his arch-rival, Thomas Edison. Edison was also his biggest nemesis, as their ideas competed for attention and adoption.

As an industrialist, he stands among Andrew Carnegie, John D. Rockefeller and Henry Ford.

Combine those attributes with being a progressive employer in one man, and Westinghouse towers above them all.

A Civil War veteran of 19 when he patented his first invention, a rotary steam engine, he quickly followed with a device to leverage derailed rail cars back on the tracks.

But the Westinghouse invention that truly revolutionized the railroad industry was his air brake system, which finally gave engineers a quick, safe, reliable way to stop their trains.

But Westinghouse’s creative genius wasn’t limited to working on the railroad.

In 1883, his conceptualization and inventions for the safe production, distribution and metering of natural gas ushered in a new source of energy.

If that wasn’t enough, over the subsequent decade, systems and equipment pioneered by Nicola Tesla and implemented by George Westinghouse to generate, transport and use AC electricity literally lit up the entire planet.

Over his 42-year career, Westinghouse was granted 361 patents in his own name, an average of one every seven weeks.

As gifted an inventor as he was, he was also a visionary entrepreneur.

Starting with Westinghouse Air Brake in 1869, Westinghouse personally founded some 60 other enterprises. Based on the business principles he advocated, these companies continued to evolve and innovate long after his death in 1914. Many still survive in one form or another, several as Fortune 500 Corporations.

Their cumulative impact is incalculable. Westinghouse companies went on to pioneer radio and television broadcasting, naval power generation, nuclear energy and myriad other technical developments that define the modern world.

Westinghouse was also a progressive humanist and humanistic industrialist, the nation’s first employer to implement 9-hour workdays, 55-hour workweeks, and half-holidays on Saturdays. He was a pioneer in providing educational, cultural and recreational opportunities for his employees and their families. He paid higher wages to get best craftsman and engineers, and he built his plants around the notion of safe working conditions.

Indeed, there was never a strike at any Westinghouse company while he was in charge. So revered was he by his employees that 15 years after his death in 1914, 30,000 of them chipped in to erect a monument to honor his memory.

In closing, it’s fitting to recall the words of Nicola Tesla upon hearing Westinghouse had died.  His homage concluded:

“His was a wonderful career filled with remarkable achievements. He gave to the world a number of valuable inventions and improvements, created new industries, advanced the mechanical and electrical arts, and improved in many ways the conditions of modern life. He was a great pioneer and builder whose work was of far-reaching effect on his time and whose name will live long in the memory of men.”
—Read Tesla’s complete eulogy for Westinghouse

In 2018, the Westinghouse Park 2nd Century Coalition was organized to refurbish the century-old park and remember the man after whom it was named.

Since then, a broad effort has initiated creation of a master development plan for the park. The park was recently designated eligible for listing on the National Registry of Historic Places and will soon be certified as an Arboretum.

This Wednesday, October 6th, we’ll mark the occasion of Westinghouse 175 at a public ceremony in the park, including the planting of two Brackens Brown Beauty Magnolia trees in honor of Marguerite and George Westinghouse.

But the main celebration will be on Saturday, October 9, with a slew of activities in the park, including the running of the Westinghouse 175 What’s The .5 K.

Finally, we’re pleased to announce publication of a new Westinghouse biography, easily the best ever written about Pittsburgh’s most important person. George Westinghouse: Powering the World by Dr. William Huber.

You can find more information by clicking on any of the links above. 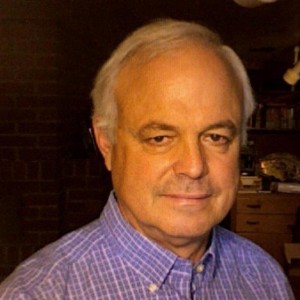 A 35-year resident of North Point Breeze, David Bear is the initial organizer of the Westinghouse Park 2nd Century Coalition. Former Pittsburgh Post-Gazette travel editor, he was also the creative force behind The Traveler’s Journal, the series of “audio postcards” heard daily for a decade on public radio stations across the country.