Reveling in the Glories of Pittsburgh

That was my go-to phrase more than 20 years ago, when I frequently found myself visiting friends back in South Carolina who asked, “Why Pittsburgh?”

Those days are long gone, with the Steel City topping a myriad of my “best-of” lists in the years since.

What I found attractive about Pittsburgh in 1999 is what I still find glorious about it now: history, architecture, hills, water, neighborhoods, and people. Each could make any place special. All make Pittsburgh extraordinary.

This has been home for 16 years, though I still say I am from Beaufort, South Carolina. The distinction allows me to be who I am–and who I have become. It allows me to see Pittsburgh as some place new, even through all the familiar. It is somewhere I can happily play a tourist–even if I finally know the best way to get from Point A to B.

The uniqueness of the city is all around. Two strike me every time I see them. One is an ornate iron fence along a block of Penn Avenue in Point Breeze where the Heinz mansion–Greenlawn–once stood. The other is the fact that two inclines still climb steep hillsides, once dotted with scores of such tracks. One signifies what Pittsburgh once was. The other what it still has.

Summitting Mt. Washington aboard the Duquesne Incline is an experience to behold. The views from the observation deck (the Downtown skyline, Heinz Field and PNC Park, the bridges crossing over the Allegheny, Monongahela and Ohio Rivers) are something few cities can match. Prolonging the thrilling city view with a drink or meal from a nearby restaurant only enhances the experience.

Pittsburgh’s bridges are filled with beauty all their own. Through the front door that is the Fort Pitt Tunnel, we all get a view that was designed to break jaws. The Smithfield Street Bridge at night is one of the prettiest sites around, and the industrial makeup of the Hot Metal Bridge is both striking and a throwback to when steel mills lined the riverfronts. The Three Sisters are perfect sentries from Downtown to the North Side, especially given the iconic trio for which they are now named: Roberto Clemente, Andy Warhol and Rachel Carson–known worldwide for their indelible impact.

Even a city filled with champions and uniquely black-and-gold brawn has its hidden treasures:

I often am reminded of Pittsburgh’s stunning offerings when family and friends visit. “This looks so much like a European city,” many say while driving past mansions on Fifth Avenue in Shadyside or by the Carnegie museums and library in Oakland. Peeking inside Heinz Chapel or the Cathedral of Learning’s Nationality Rooms never disappoint. Ever.

These days, I am most reminded of my first impressions of Pittsburgh and so many of its offerings as my daughter discovers her hometown. Evenings on the lawn at Clayton (pre-COVID) and walks through Frick Park have been regular parts of her childhood, as have been trips to the Carnegie Museum of Natural History, the Heinz History Center and Phipps Conservatory, where we both are mesmerized by the train display and seasonal displays of flowers and lights. She just this month discovered Kennywood, a historic treasure that will always be her first amusement park. She relishes a return trip aboard the Gateway Clipper–which is both one of the best ways to see Pittsburgh from a different vantage point and the absolute best way to get to a Steelers game after tailgating at Station Square.

Lila loves trains and cannot wait to ride the T, which at age 3 she knows makes its way above ground from the South Hills before snaking under Downtown and diving beneath the Allegheny River before again breaking light on the North Shore.

New adventures await–both through the eyes of a child and the heart of a Pittsburgh transplant. That also is true for the residents of a city and region who have seen a life unique–and one often taken for granted–put on hold for far too long.

Pittsburgh is still the coolest city. Get out and visit. 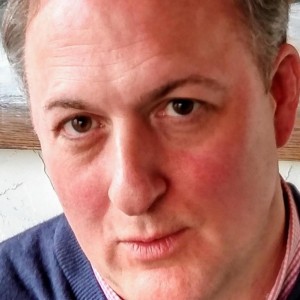 Jason Cato is an editor with the Tribune-Review, formerly having been a reporter in Pittsburgh and now running the newsroom in Greensburg. He lives in Edgewood with his wife, their daughter and her best friend Hemingway, an aging spaniel.