10 Ways to Stay Cool in Downtown Pittsburgh This Summer

Sports, steel, and skyline. Those are just a few of the things that come to mind when people think of Pittsburgh. But when I think of Downtown Pittsburgh I think of its amazing tapestry of fountains and water features (the best places to be in the thick of summer.)

As a former Point Park University student, whenever I had time between classes I would walk the streets of the city finding new spaces and hidden gems of downtown. Below are some of the best public fountains and water features where you can sit, relax, finish that book from the Carnegie Library or scroll through DOORS OPEN Pittsburgh’s Instagram. 😉

Originally built in 1955, these fountains sit in an urban park at the heart of Downtown Pittsburgh between William Penn Place and Smithfield Street. There are numerous built in benches to sit and gaze up at the surrounding skyscrapers.

A great place to escape the office if you work in the building, this fountain has become a getaway for many who spend their days on Grant Street. Completed with the building in 1971, it also houses a nativity scene in the colder months.

Bounded by Grant Street, Ross Street, and Oliver and Sixth avenues, this open air public fountain was completed in 2001 several years after the park in 1985. It is another popular lunch spot for those in Downtown Pittsburgh.

Making its home in Village Park, this waterfall is pretty famous to Point Park’s campus. Even if you don’t have time to sit and enjoy its calming presence, simply walk by on a windy day to enjoy a light mist.

Next door to the city’s famous Market Square, PPG Place was developed in 1981 with a courtyard that is active all year long. In the summer you can sit at tables and enjoy a jumping fountain and in the winter you can skate around a giant Christmas tree.

The mother of all fountains in Downtown Pittsburgh is the fountain at the city’s point (where the Monongahela and Allegheny Rivers meet to form the Ohio.) To reach this fountain you can travel through Point State Park, an absolutely gorgeous green area at the edge of the city or travel along the rivers on the Three Rivers Heritage Trail which also offers amazing views. It is pictured in the image at the top of this blog–I was lucky to capture the rainbow.

Inspired by Pittsburgh’s rising topography, this fountain is housed in a large public plaza owned by the Pittsburgh Cultural Trust where many outdoor performances are held.

Making its home in between a complex of office, residential, and hotel buildings, this fountain really comes alive during the Three Rivers Arts Festival every June.

This fountain is built inside the bottom of the David L. Lawrence Convention Center and walking through this space is mesmerizing. Plus, it leads to the Three Rivers Heritage Trail.

No matter where you chose to cool down this summer season, Downtown Pittsburgh has you covered with a variety of fountains and water features to keep you cool and calm all year long. 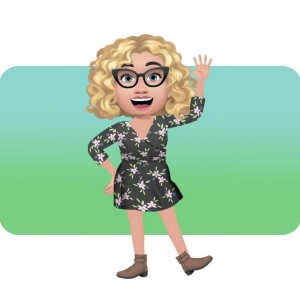 Nicole Roach has been obsessed with the history and unique architecture of Pittsburgh since she was child. She believes everyone should explore the city they live in to the fullest. You can follow her adventures on Instagram @nicole_1107 and @Nicole_R_7 on Twitter.