The Losterlings: The Lost Work of Architect Frederick J. Osterling

“We will probably be judged not by the monuments we build but by those we have destroyed.”
—New York Times Editorial, October 1963

Precariously perched between blessing and curse is my ability to see this city as it is and as it was.

Well, for starters, I’m an Architectural Historian.  It is my job to study the historic (and sometimes not-so-historic) buildings, places, and spaces that make up our built environment.  (And yes, it’s a real job.  I know!  Sometimes I can’t believe it either!)#E24f26

For me, history and architecture go far beyond a daytime occupation.  I have a strongly held, personal belief that architecture exists as the most important of the arts.  After all, our buildings are incredibly human things.

Buildings are a direct reflection of who we are—as a society and as a people.

In many ways, I believe that buildings are like books.  You need only speak the language to understand and appreciate them.  Just think about it.  Buildings embody our ideas about style and taste.  They document our most cutting-edge advancements in technology.  They reflect our hopes, dreams, and aspirations.  And sometimes, they even tell stories about our struggles, hardships, and perseverance.

Demolition—or rather, demolition without consideration for what a building has to teach us—erases a part of our collective story as Pittsburghers.

But what do I really mean when I say that I see Pittsburgh as it is and as it was?

I mean to say that I celebrate the Pittsburgh we have inherited.  All of it.  Its successes.  Its failures.  Its triumphs.  Its strife.  But I also lament the Pittsburgh that we have lost.

Among the most incredible buildings to be relegated to the landfill are some designed by incomparable architect Frederick J. Osterling.  Admittedly, it’s a bit tongue-in-cheek, but I often refer to these missing masterpieces as “The Losterlings.”

A stylistic chameleon, Osterling was one of the most skilled, adept, and versatile architects Pittsburgh ever produced.  A veritable kaleidoscope of styles—Classical, Romanesque, Gothic, Beaux Arts, Chateauesque—his buildings peppered the city, adding incidental moments of visual excitement and delight.

But even the most remarkable buildings lack immunity to the wrecking ball.

Come with me to Pittsburgh’s East End.  It’s April 1912.  We’re standing at the corner of Penn and Highland avenues, the heart of East Liberty.

One of the streetcars of the Pittsburgh Railways Company glides by on Penn Avenue, making its way east.

The great, hulking, rough-hewn stone mass of East Liberty Presbyterian Church is behind us.

We hear passersby talk of the Bijou Dream.  Located a few doors down from where we stand, “…it’s one of those new nickelodeons that show moving pictures.”

Our gaze moves skyward, and our eyes come to rest on the Highland Building—one of those skyscrapers designed by the famed Daniel Burnham of Chicago.  It towers over everything, casting a shadow on the street below.

But there’s talk of another skyscraper going up right next door.  This one’s supposed to be just as tall as the Highland Building.  And the East End Savings & Trust Company is hiring local architect Frederick J. Osterling to design it.  Imagine that!  Osterling!  The same architect who remodeled Henry Clay Frick’s mansion—and designed that gargantuan palace Rhu-Na-Craig on North Highland for Carnegie’s cousin, Thomas Morrison.

One of Pittsburgh’s great architects is going to try his hand at a skyscraper for the East End.  The thought is positively thrilling.

But, really, is it a surprise?  East Liberty is Pittsburgh’s second downtown.  This is the land of Mellon, Heinz, Frick, and Westinghouse.  East Liberty’s future is rife with opportunity.

Located five miles east of the Point, East Liberty grew independently of Pittsburgh for much of its early history.  Because of the physical distance, East Liberty developed its own financial, cultural, commercial, and religious institutions during the 18th and 19th centuries.

By the turn of the 20th century, the East End Savings & Trust Company (EES&T) had become one of the city’s most notable banking houses—competing directly with the East Liberty Savings & Deposit Bank, a Mellon-backed institution.

In late 1911, the EES&T decided to invest in a more prestigious banking hall and a more prominent location.  Prior to this, the bank was housed in a three-story building at Penn and North Sheridan avenues.

The decision to build a skyscraper, however, was not only prestigious, it was practical.  It allowed the bank to maintain a ground-floor banking hall while profiting from the rented office space above.

The EES&T purchased one of the most visible sites in the entire East End: a corner lot at Penn and South Highland avenues—right next to the recently-completed Highland Building.  And in April 1912, the bank selected Osterling to design its new home.

Although the bank’s new location was highly visible, it presented a unique problem for Osterling.  The lot measured 59 feet on Penn Avenue, a mere 24 feet on Antler Way, and 105 feet on South Highland Avenue.  With such an unusual, triangular lot, Osterling was tasked with designing a building that surpassed the Highland Building while using one-third the amount of real estate.

The site was cleared, and construction began in the summer of 1912.

Despite the site’s limitations, Osterling’s design solution was masterful.  The building was impossibly thin, but its juxtaposition with the Highland Building contributed to its visual immensity.

Designed in the Classical Revival style, the steel frame of the East End Savings & Trust Building was draped in white terracotta and granite.  Its rounded corner gave the design movement, drawing the viewer’s eye to the grandiose, column-flanked entrance and then upward to a magnificent, two-story logia.  Then, atop the building, a massive cornice—the final crescendo in Osterling’s opus—thrust outward, seemingly supported by nothing.

However, the pièce de resistance was inside: a sumptuous banking hall was trimmed in white Italian marble, brass, and dark mahogany.  The East End Savings and Trust Building formally opened on June 14, 1913, allowing the public a firsthand view of Osterling’s genius.

For 56 years, the East End Savings & Trust Building (known as the Peoples Building in its later years) anchored the corner of Penn and Highland, standing sentinel over Pittsburgh’s second downtown.

In October 1968, Pittsburgh National Bank, which had acquired the building in a 1959 merger, announced plans to raze the monolith for a new, one-story banking hall.  This decision was made in conjunction with the implementation of the East Liberty Project, the largest urban renewal project ever undertaken in Pittsburgh.

By early 1970, Osterling’s East End Savings & Trust Building had been reduced to nothing.  Once celebrated as the flagship for East Liberty’s financial fortitude, it passed from this world with little more than a newspaper blurb.  Ironically, its replacement met a similar fate in 2015, having survived a mere 45 years.  The site is now home to a modern apartment building.

So, what is my parting piece of wisdom, dear reader?

It is simply this: Pittsburgh is a rich and vibrant tapestry, woven from the absolute rarest of built fabric.  It is finite and nonrenewable.  With each unnecessary demolition, that tapestry becomes just a bit more threadbare, a tad less vibrant, and a bit more unrecognizable.

It is our collective responsibility—as Pittsburghers—to protect and curate what the past has gifted to us. Indeed, I am only a simple Architectural Historian, but I often view myself as a weaver of sorts—rescuing the stories of our inherited built legacy, dusting them off, stitching them back together as best I can, and humbly presenting them to the future.  I enthusiastically encourage you to join me. 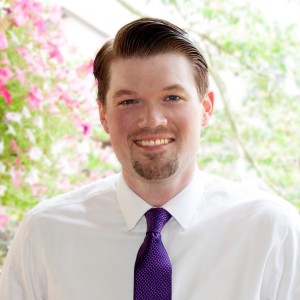 Justin P. Greenawalt, MSHP is an architectural historian and historic preservationist with a deep appreciation of the history and development of Pittsburgh and southwestern Pennsylvania. Professionally, Justin is employed as a member of Michael Baker International’s Cultural Resources staff. He is also a licensed real estate professional with the Sewickley Office of Howard Hanna Real Estate Services. In 2015, Justin joined the Board of Directors of Preservation Pittsburgh, where he assists individuals and community groups in accessing available historic preservation tools to save the places they deem important. Justin has also served as President of the East Liberty Valley Historical Society since January 2017. Justin graduated cum laude from the University of Pittsburgh in 2008 with a Bachelor of Arts in Architectural Studies. He graduated from Columbia University in the City of New York in 2010 with a Master of Science in Historic Preservation.