Get to Know Squirrel Hill with a Driving Tour

In 2017, a local organization asked me to plan a walking tour of Squirrel Hill. “You can’t get the whole picture of Squirrel Hill by walking,” I replied. “It’s too big. You have to drive it to see it all.”

So we rented a minibus and spent a sunny Saturday morning driving along the winding roads of the almost four square miles of Pittsburgh’s largest neighborhood. We explored it from top to bottom. I’m not exaggerating. Squirrel Hill is one of the few Pittsburgh neighborhoods that extend from river level to one of the highest points of Pittsburgh.

The Neighborhood on the Hill

If you look at a topographical map, you’ll see that Squirrel Hill is high ground surrounded by deep valleys. Its contours shaped its history and made it what it is today. During the Ice Age, huge amounts of water from the ice sheets to the north flowed down to Pittsburgh, swirling around the valleys, widening and deepening them. Squirrel Hill was an island. When the waters receded, the valleys remained—the Monongahela River valley to the south, Nine Mile Run and Fern Hollow Creek valleys to the east, the culverted Four Mile Run (Saline Street) ravine to the west, and the wide East Liberty valley beginning at Fifth Avenue to the north. These valleys form the boundaries of the neighborhood.

The steep slopes of the hill prevented easy access to it, keeping Squirrel Hill from developing as quickly as the flatter areas around it. Squirrel Hill was rural until electric trolleys came in 1893. Limited access kept the neighborhood from developing haphazardly, and its height prevented major industries from locating there.

When residential development began, developers catered to wealthy people who wanted substantial homes that indicated their upscale social position. Stately homes are set back from tree-lined streets, with lawns to buffer street noises. The incoming wealth brought with it architecturally significant nonresidential buildings, such as Beth Shalom Synagogue, Sixth Presbyterian Church, Taylor Allderdice High School, and the Squirrel Hill Post Office, among others.

The driving tour was so successful that the Squirrel Hill Historical Society decided to update it in 2020 and put it on its website so that anyone could drive it. Go to squirrelhillhistory.org and click on the menu item “Driving Tour of Squirrel Hill.” Then while away a sunny afternoon by taking a drive to see the many sides of Squirrel Hill.

About the Driving Tour

The driving tour demonstrates just how intertwined the contours of Squirrel Hill are with the structures that were built on it.

The tour begins on the part of Beechwood Boulevard that winds along the eastern and southern parts of the hill. The boulevard was specifically constructed as a pleasure drive to offer scenic views of the valleys around it, and it still does. The route then descends to the wharf on the Monongahela River where a slag company once brought barges filled with slag to dump in Nine Mile Run valley. Back up the hill, the route passes Turner Cemetery, dating to 1785, the burial place of many of the earliest settlers of Squirrel Hill. One of the first small communities on Squirrel Hill developed in this area.

From there, the tour travels along the entire mile-long length of the business district, which developed where ravines formed by creeks were culverted to create long, flattened areas for trolley routes that allowed the retail district to grow.

The route then goes up to the highest point in Squirrel Hill, where the imposing Beth Shalom synagogue sits. From there, you take a long drive down the western side of the hill into Schenley Park, the site of the Neill log house, believed to be the oldest domestic structure in Pittsburgh. It sits near one of the city’s newest and greenest buildings—First Tee’s new clubhouse at the Bob O’Conner Golf Course.

From there, you take a rollercoaster ride all the way down the steep north slope of the hill to Fifth Avenue. Then up the hill again through the Murray Hill Avenue City Historic District, one of the first areas of Squirrel Hill to be developed because of its proximity to the wide, flat East Liberty valley, where development had started much earlier. On the way back to Beechwood Boulevard you pass Tree of Life synagogue and the picturesque Gothic administration buildings of The Homewood Cemetery.

There’s lots to see on the driving tour, and as you drive, you can’t fail to notice the ups and downs of the roads you’re traveling on. 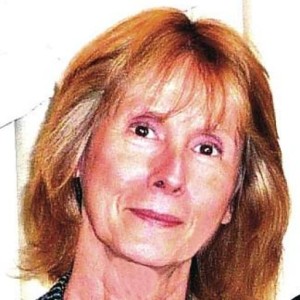 Helen Wilson joined the Squirrel Hill Historical Society in 2006 and has immersed herself in researching Squirrel Hill’s development from primeval wilderness to vibrant urban neighborhood ever since. She is a retired Pittsburgh Public Schools art teacher, writer, editor, and graphic designer who has lived in Squirrel Hill since 1978. In addition to being Vice-President of the SHHS, she has presented courses about Squirrel Hill’s development at CMU and Pitt’s Osher programs and given talks at various organizations. She was the editor and one of the authors of the SHHS’s 2017 book, Squirrel Hill, A Neighborhood History, and has written articles for various publications.