Market Square — Open for Business Since 1764

Here’s my challenge: to take you from Ireland in the mid 1700s to Pittsburgh by 2011 in less than 800 words.  All to cover Market Square’s birth and re-birth.

In 1764, John Campbell, an Ireland-born trader, drafted his “Plan of Pittsburgh,” which laid out four city blocks near Fort Pitt and reserved space for a public square in anticipation of the reopening of the fur trade after the conclusion of Pontiac’s Rebellion. The space would be known as Diamond Square or Diamond Market, using the Scot-Irish idiom “diamond,” meaning a public commons or square.

Later, William Penn’s grandchildren—John Penn and John Penn Jr.—commissioned Colonel George Woods and surveyor Thomas Vickroy to develop a plan for Pittsburgh. In 1784, the Woods Plan expanded upon Campbell’s “Plan of Pittsburgh” and made Diamond Square official. The first city courthouse and market were built in Diamond Square ten years later in 1794. This courthouse was occupied for 42 years until 1836 when construction was complete for a new courthouse at Grant Street. However, that new courthouse isn’t the one we know today because it was damaged in a fire and demolished to make way for the present courthouse designed by H.H. Richardson.

When the courthouse moved to Grant Street, Market Square returned to its original purpose as a market. The parallel wooden markets were spared from the 1845 fire, but were replaced with brick buildings in 1852. One of these buildings “served as Pittsburgh’s Municipal Hall (pictured above), as an armory for the 17th Pennsylvania Regiment and briefly as a hospice for Civil War Soldiers,” according to a 1982 edition of The Pittsburgh Press. Even though Municipal Hall got its start in market square, the city government moves to a new building on Smithfield Street by 1872. Until 1961, Market Square was dominated by parallel rectangular buildings used for business, retail and entertainment.

Longfellow, Alden & Harlow, a Pittsburgh architecture firm, submitted a design for a new market in 1909, in which the Diamond Street cut through is an open arcade and Market Street is a wider street. Another Pittsburgh architectural firm, Rutan and Russell, created a design which allowed vehicles to pass via Diamond Street (later Forbes Avenue), and this design was chosen and built in 1915. This is the first time that Market Street and Forbes Avenue intersect. The image above at left shows the proposed design from Longfellow, Alden, & Harlow.

The Diamond Market exists until October 1961, when the structures are demolished to open the space for people and cars. By that time, Diamond Street has already been known as Forbes Avenue for three years, so the references to Diamond are slowly eroding. Evidently, diamonds aren’t exactly forever.

In 1972, Market Square was designated a historic district in an effort to keep its original architecture and style intact. Though Market Square was still bisected by Forbes Avenue and Market street, some consideration was given to the beauty and pedestrians in the space. In 1977, the granite Hartzell Memorial Fountain is moved from the northside to the southeast corner…but the fountain moves back to the northside 13 years later. Fountains aren’t forever either!

During the 80s and 90s, Market Square earns a less-than-favorable reputation as a place for “litter, vagrants and bus fumes…drifters and drug users…panhandlers and pigeons.” However, PPG celebrates the completion of its buildings around Market Square in 1983, and chose to construct smaller buildings around the square to maintain the historic look. But Market Square needs more than a fancy neighbor to improve the livelihood of the space. Mayor Bob O’Connor spurs the transformation in March 2006 with the launch of the Redd Up Pittsburgh Campaign which aimed “to clean up the city with both safety and beautification in mind.”

A $5 million renovation begins in August 2009 to restyle Market Square as a European piazza, giving the square back to the people. Market Square completely reopens in late 2010, and the first of the annual Christmas Markets is held the following winter.

The visual and purposeful transformation of Market Square over two centuries is just stunning. Today we enjoy a wide-open plaza to gather for seasonal markets, share a meal or enjoy a walk during the workday, but it wasn’t so long ago that the space was crowded with vendors or used for governmental purposes.

While some history is visible–such as the Oyster House, Pittsburgh’s oldest restaurant and bar that opened in 1870–much is invisible either in the evolution of the space or the history being made today. If a Pittsburgher from the 1800s were dropped in Market Square today, there would be some familiar sights to recognize it, just as a Pittsburgher from the 2000s would recognize the space if transported back to the 1800s. I hope this will hold true in the decades and centuries to come.

If you are a visual person or want a graphic to share with others, here is a Market Square history timeline that I created. 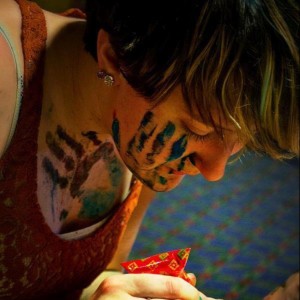 Ellen Gaus knows too many Pittsburgh facts and Pittsburgh people for her own good. While this can be blamed on being a lifelong Pittsburgher, her internship at the Urban Redevelopment Authority exacerbated her love of local small businesses and discovering the nuances of every neighborhood. Her working hours belong to the Allegheny Conference on Community Development, but outside of that she somehow manages to volunteer with several local organizations, check out local businesses, cross stitch and read. As if that wasn't enough, she lives in Spring Hill and serves on the board of the Spring Hill Civic League.