Feeling nebby? Then indulge yourself here!

I grew up in the suburbs of Pittsburgh.  But it wasn’t until I moved outside of Pittsburgh did I realize how much I had neglected to appreciate all that Pittsburgh has to offer—an amazing collection of diverse architecture, neighborhoods steeped in deeply rooted heritage and an ever-evolving landscape.

Nearly a decade ago now, I moved to Chicago—another amazing city.  And like most newcomers, I sought out ways to get to know the city.  You know, indulge my natural Pittsburgh “nebbiness.”  It was my birthright, after all!  Within my first three years of living in Chicago, there was not a tour that I did not take.  I was in a never-ending vacation mode!

But then I stumbled across an event, hosted by a non-profit organization in Chicago, that provided the public access into buildings that normally would not be visited, unless your worked or attended an event there.

In addition, they also showcased buildings that I had, sadly, after just a few years of living in Chicago, gotten into the habit of walking past, or commuting past.

The non-profit was the Chicago Architecture Foundation, and the event was Open House Chicago.  I was simply giddy after attending the first OHC event in 2014 and made a commitment to bring this idea back to my hometown of Pittsburgh.

Fast forward to 2016, I founded DOORS OPEN Pittsburgh to help locals, newcomers and visitors be just as nebby as they want to be.  I began with our Annual Event held the first weekend in October—a walking tour that weaves in and out of Pittsburgh neighborhoods and buildings both new and old, providing behind-the-scenes access, or just the opportunity to be nebby!

I knew Pittsburgh had a rich history—shaped by an industrial revolution, complete with titans and throngs of immigrants to meet the demands of steel, glass, manufacturing plants, etc.  And the wealthy families that were at the center of it, such as the Carnegies and the Fricks.  The same families who endowed the city with countless buildings, libraries, arts centers, and the like.  And innovators like Westinghouse and Heinz whose talents not only enriched Pittsburgh, but the world.

But there are also lesser-known innovators, activists and the like that have also shaped our future, one generation at a time here in Pittsburgh.

But all these people—infamous or not, had one thing in common.  They built, did business or resided in buildings and spaces throughout our City’s history.  Many were built by educators, artists, entrepreneurs, and others that may not be as well-known but are just as interesting and have contributed to our City’s cultural and historical richness.

Like we say at DOORS OPEN Pittsburgh, every building has a story to tell, and we invite you inside to listen.

So here we are, at a unique time when we find ourselves at a loss to know how to engage with our friends, community, and our City.

But just like the several Renaissances that Pittsburgh has gone through, we have changed our programming with new Virtual Storytelling events every Monday night.  Please join us as we share stories of Pittsburgh, told by Pittsburghers.

We will have our Annual Event in October. A date is to be determined but will be announced soon.  Our bus and other walking tours have paused for the moment.  .

For now, this #BeNebby blog is going to be a place to explore Pittsburgh’s iconic buildings and bring figures in our past, present, and future to life.  We aspire to provide engaging and inspiring content for you.

I would like to leave you with this poem by Duane Michals (an American photographic artist and poet born in McKeesport) that a friend of mine shared with me.  Like me, she left the City and returned.  Maybe that makes us appreciative of what we have just a little more.

HOORAY FOR PITTSBUGH
By Duane Michals

Sometime in the morning mist,
I see a shimmering city,
With more hills than Rome,
More bridges than Venice,
More rivers than Paris,
And through a tunnel suddenly,
More towers than Oz,
What a splendid spectacle! 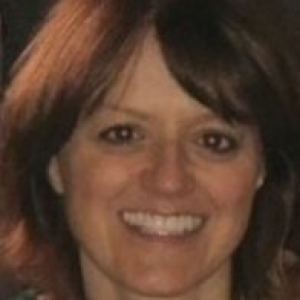 Bonnie Baxter is a marketing professional and a naturally curious person, who encourages others to spur their curiosity, aka nebbiness. Through DOORS OPEN Pittsburgh historical tours, she inspires us all to take the time to “look up and look in” when visiting Pittsburgh’s amazing neighborhoods, and to appreciate and have enthusiasm for everything that life has to offer. Love to hear from you at bonnie@dooropenpgh.org.